Sustainable Tools for Analysis and Research on Darknet Unsolicited Traffic.

At Home and Abroad: The Use of Denial-of-service Attacks during Elections in Nondemocratic Regimes

Number of denial-of-service attacks 2008 to 2016 in countries with elections. Country borders based on Weidmann, Kuse, and Gleditsch (2010).

Analysis of a "/0" Stealth Scan from a Botnet

Represents the source hosts' location and number of hosts (proportional to the circle size) as well as the number of packets sent (represented by the color). 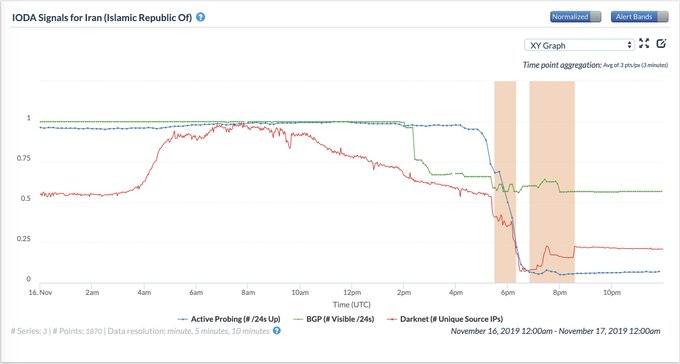 An internet outage on November 16, 2019 in Iran due to widespread protests as a result of increased gasoline prices.